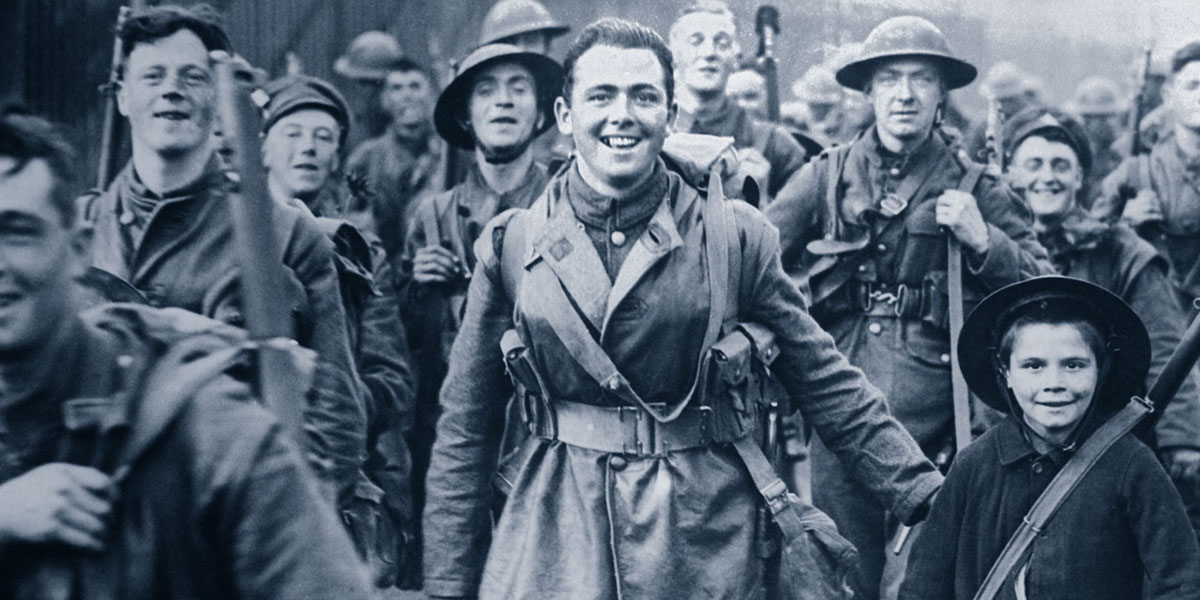 The Hall of Memory has a series of memorial events throughout the year. Please check below to see what events are up and coming.

In the lead up to Armed Forces Day on Saturday 29th June 2019, there are many events taking place across the City, for further details please go to: 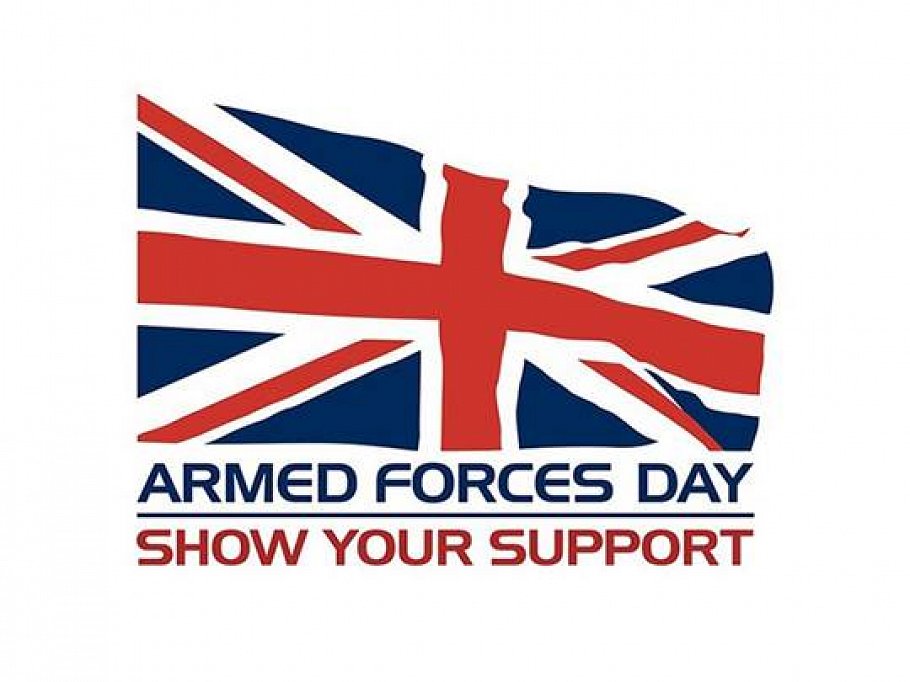 Holocaust Memorial Day commemorates the victims and survivors of the Holocaust and Nazi persecutions as well as other worldwide genocides, and as such provides a significant opportunity to learn lessons and apply them to the present day to create a safer, better future.

To find out more visit http://www.hallofmemory.co.uk/news/holocaust-memorial-day-2019​ 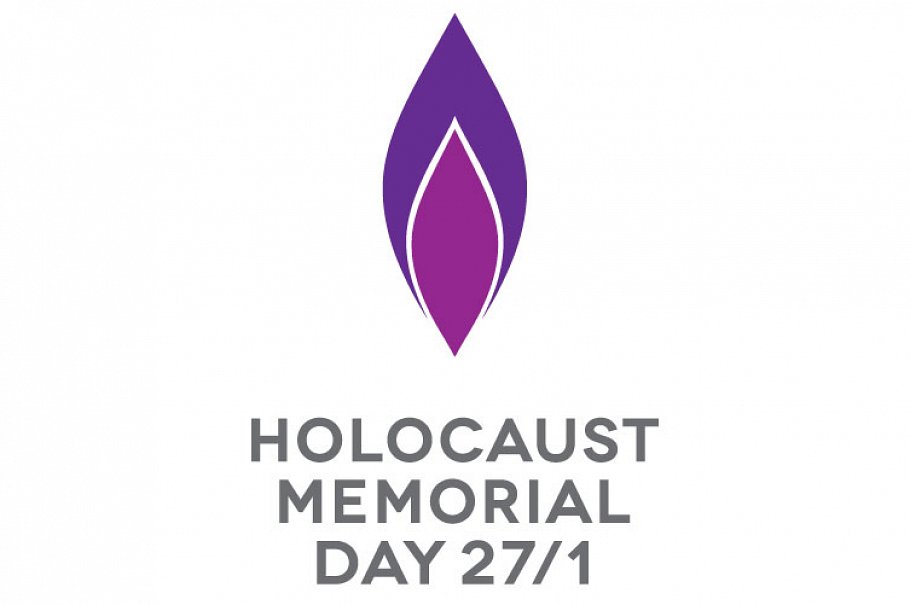 10.00am  – the Lord Mayor Councillor Yvonne Mosquito will be accompanied by dignitaries from the military Royal Navy – Rear Admiral Sir Keith Bennett, Army – Brigadier Richard Carter and the Royal Air Force – Group Captain Tone Baker and the church Reverend Monsignor Canon Robert Corrigan for a brief dedication at the Hall of Memory to unveil a memorial stone in honour of the 100th Anniversary of the ending of the First World War.

"Their name liveth for evermore"

The dignitaries will then proceed to Colmore row for the Remembrance Sunday Service.

The Lord Mayor of Birmingham, Councillor Yvonne Mosquito, will lead the Remembrance Day Service and Parade on Sunday 11 November on Colmore Row. Everyone is invited to attend and also observe the two-minute silence at 11am.

The order of the day is as follows:

10.00 am: Marching contingents to form up on Temple Row.
10.30 am: Uniformed Contingents march on
10.40 am: Members of the City Council and VIP’s proceed to the Grandstand
10.45 am: Veterans step off from Eden Place and march to Colmore Row.
10.50 am: Lord Mayor and Military VIP’s leave the Council House
10.56 am: The Lord Mayor’s party arrive at the dias.

Prior to 11am a Roll of Drums will take place, then the playing of “The Last Post”.  After the two-minute silence, a salute of gunfire will take place.

Wreath laying will then take place, led by the Lord Mayor. After all wreaths have been laid, the Chaplain will conclude the service. 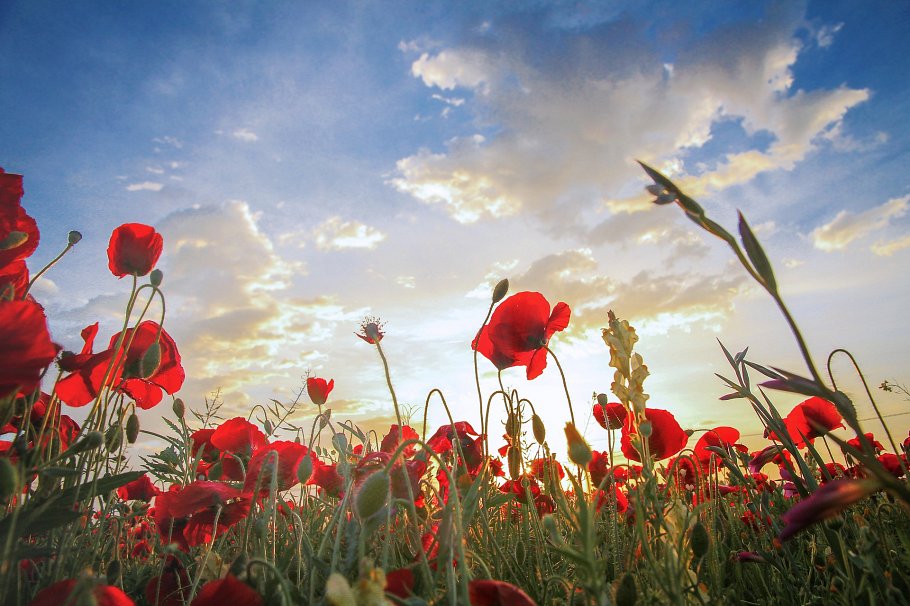 "We're so sorry but we forgot that it's half term next week, so we've extended the deadline for the competition to the 8th NOVEMBER 2018"

To commemorate the 100th Anniversary to the end of World War One, the Birmingham Hall of Memory is inviting Birmingham schools to submit drawings/paintings of the iconic city centre landmark.

As a tribute to the 100th Anniversary and the rich cultural history attached to the building, the Hall would like to invite Birmingham Schools of ages from 5 to 18 to submit a drawing/painting of the Hall of Memory.

This could be either of the exterior or interior, it could be of just a small area of the hall and it’s furniture such as the statues, bookcases etc or it could be of the entire building. This could be from the Hall itself or from different views of the Hall such as above, taken from the Birmingham Library.

Each drawing should be no bigger than A3 (297mm x 420mm) in size and can be produced in any media, it should be accompanied by the students Name, Age and School along with up to 250 words describing what inspired their drawing.

All submissions must be sent to:

Deadline for submission is: 8th November 2018 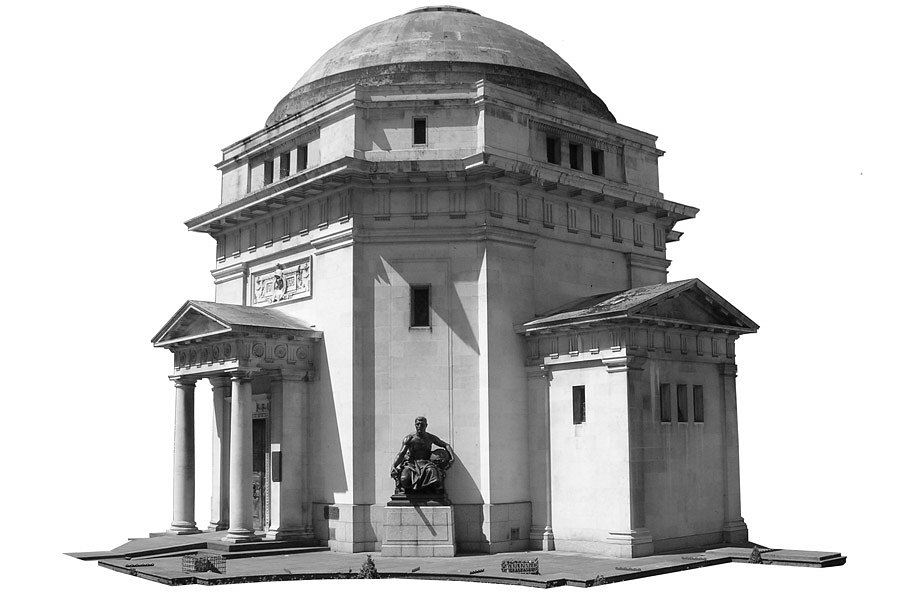 Voices of the First World War

An exciting new exhibtion is now open to the public at the library of Birmingham.

Titled 'Voices of the First World War', the exhibition brings together work from community organisations and local schools sharing the impact the first world war had on the rewidents of Birmingham.

You can find out more info by visiting the council site here: https://www.birmingham.gov.uk/news/article/315/new_exhibition_remembers_birmingham_s_first_world_war 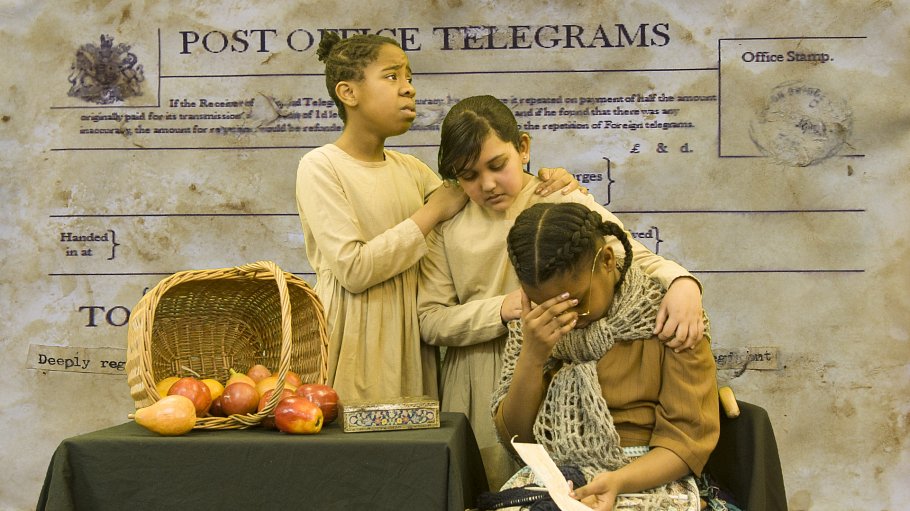 We are very pleased to announce the Hall of Memory reopens today! A ceremony to commemorate the opening will be conducted by the Lord Mayor of Birmingham, Councillor Yvonne Mosquito at 11am today at the Hall of Memory. 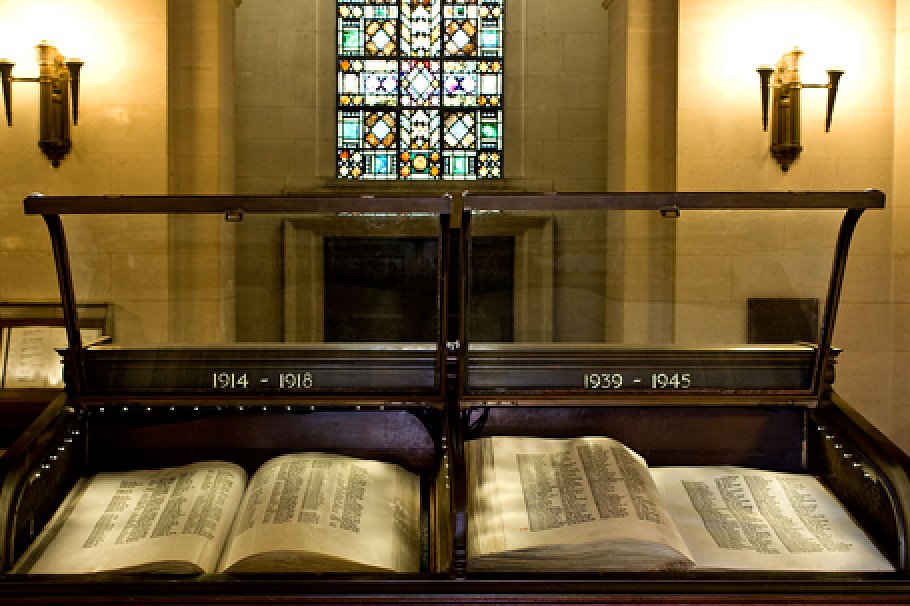 The Lord Mayor of Birmingham, Councillor Anne Underwood, will lead the Remembrance Day Service and Parade on Sunday 12 November in Victoria Square. Everyone is invited to attend and also observe the two-minute silence at 11am.

The order of the day is as follows:

10.25am: Marching contingents to form on Colmore Row.

10.30am: Uniformed Contingents march on

10.35am: Members of the City Council and VIP’s proceed to the Grandstand

10.55am: The Civic Wreath Laying Party leaves the Council House

The Chaplain will conduct the Service of Remembrance.

11am: Roll of Drums followed by “The Last Post”.

11.02am: Salute of gunfire. The Salvation Army will lead the singing of “O God our Help in Ages Past”.

Followed by the laying of wreaths led by the Lord Mayor. 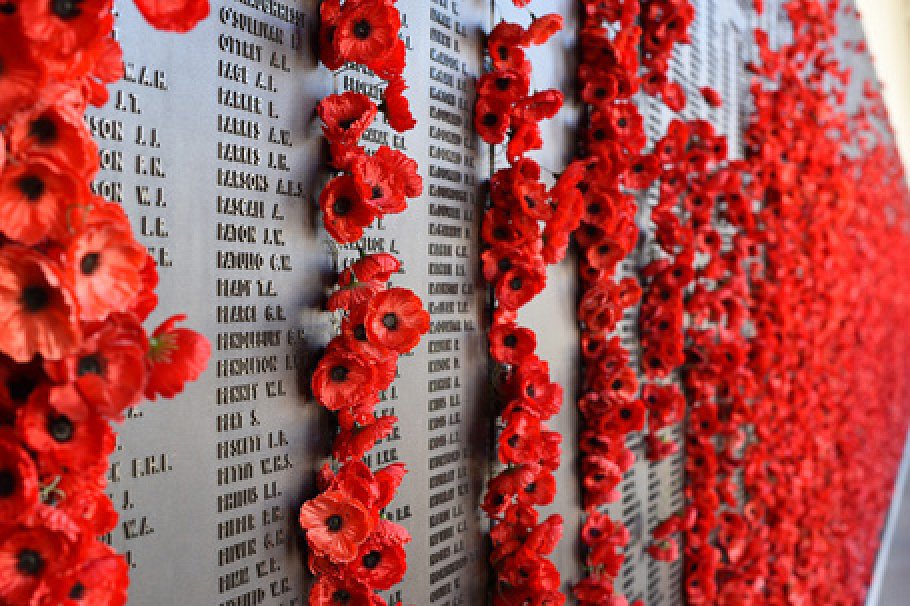 On Wednesday 1st November the British Legion will launch their Poppy Appeal day in Birmingham to raise money for the Armed Forces community.

From volunteers, members of the Armed Forces, organisations from across the Midlands and local businesses will be supporting the Poppy Day. The largest one-day street collection in the Midlands, it will start early morning with collectors welcoming donations at spots all across the city including train stations and busy public spaces. Likely to be stuck in the office all day? That's ok, just look out for Armed Forces personnel who will be visiting into workplaces across the city to chat to staff and welcome donations. Outside crowds will be entertained by military bands and other live music, so come and join in for some entertainment and show your support to your Armed Forces.

The money raised through the Poppy Appeal goes directly to The Royal British Legion’s work providing through life support to anyone who is currently serving in the British Armed Forces, who has previously served, and their families. To find out more you can visit the British Legions Birmingham Poppy Appeal page. 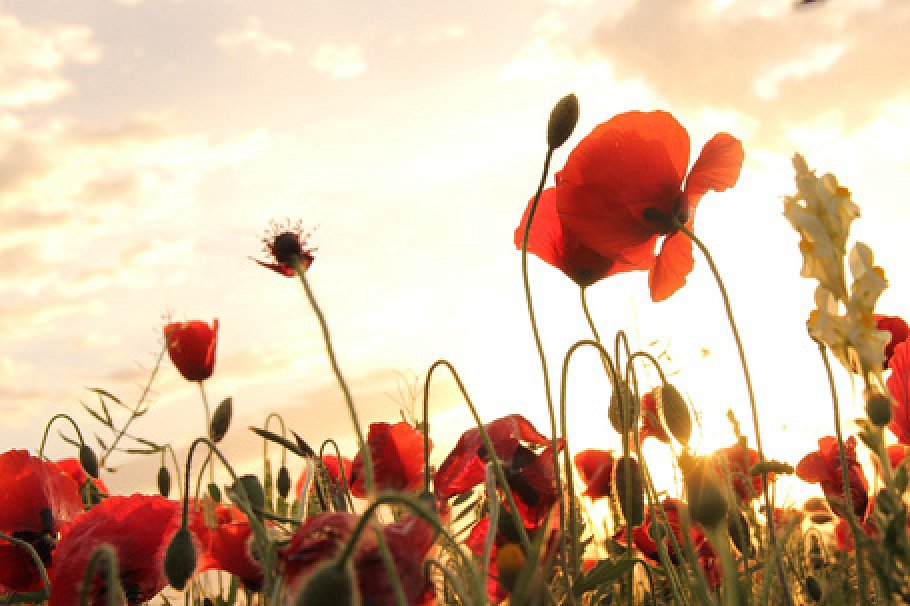 Brief overview of the 2016 programme

10.00am - The Salvation Army Band and the West Midlands Fire Service Pipe Band commence to play on Centenary Square.
10.20am - Uniformed Contingents march on.
10.40am - Standards and Association march on.
10.50am - The Lord Mayor’s party will process from the ICC in the following order.-
Mace
Lord Mayor and Lady Mayoress
Councillor Carl Rice and Deed Curry
Chaplain
The Reverend Victor Van Den Bergh
The Bishop of Birmingham
The Right Reverend David Urquhart
Heads of Service
Royal Navy, Army, Royal Air Force

Arriving at the dais.

Click here for more details on the full programme 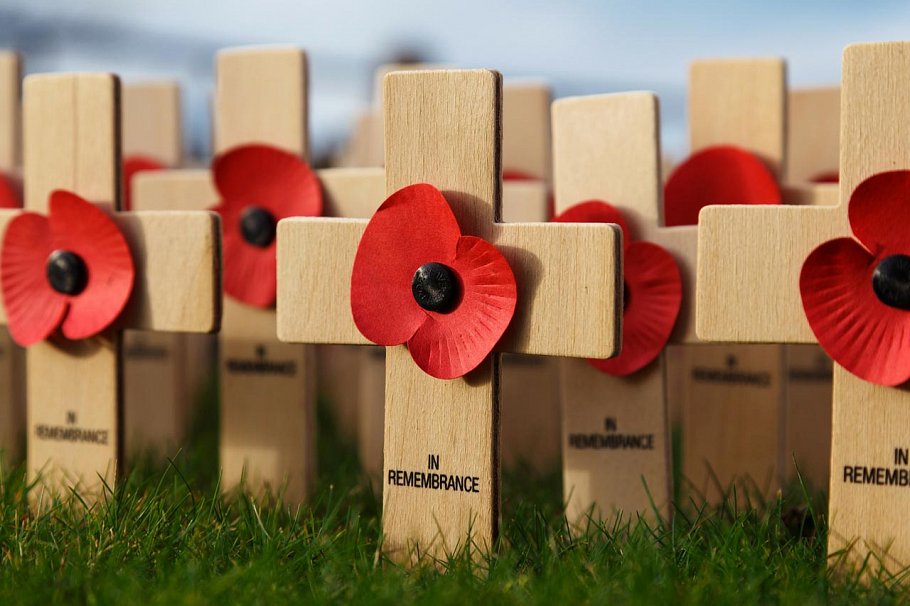 The Memorial Day Parade, commemorated every year on 11 November to mark the armistice signed between the Allies of World War 1 and Germany at Compiègne, France, for the cessation of hostilities on the Western Front of World War 1. 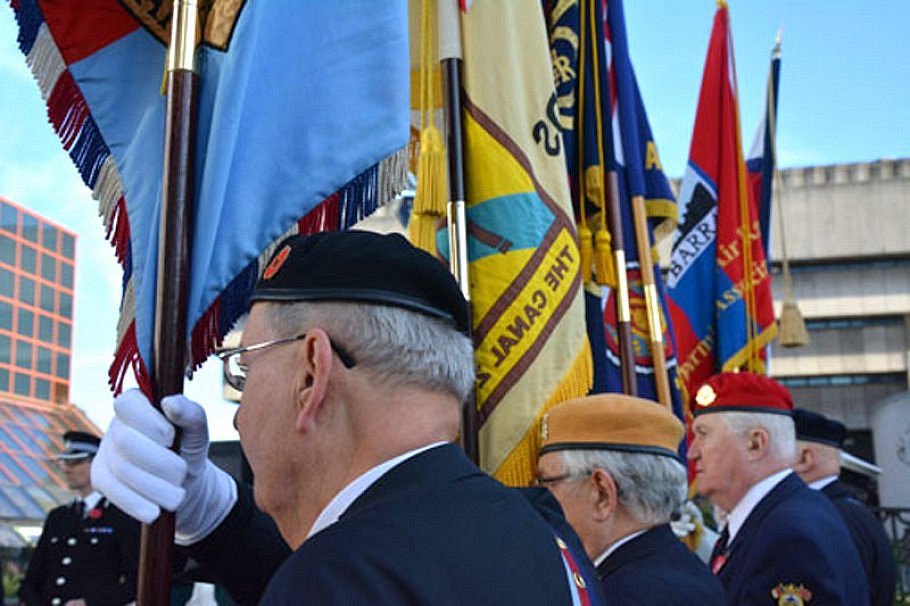