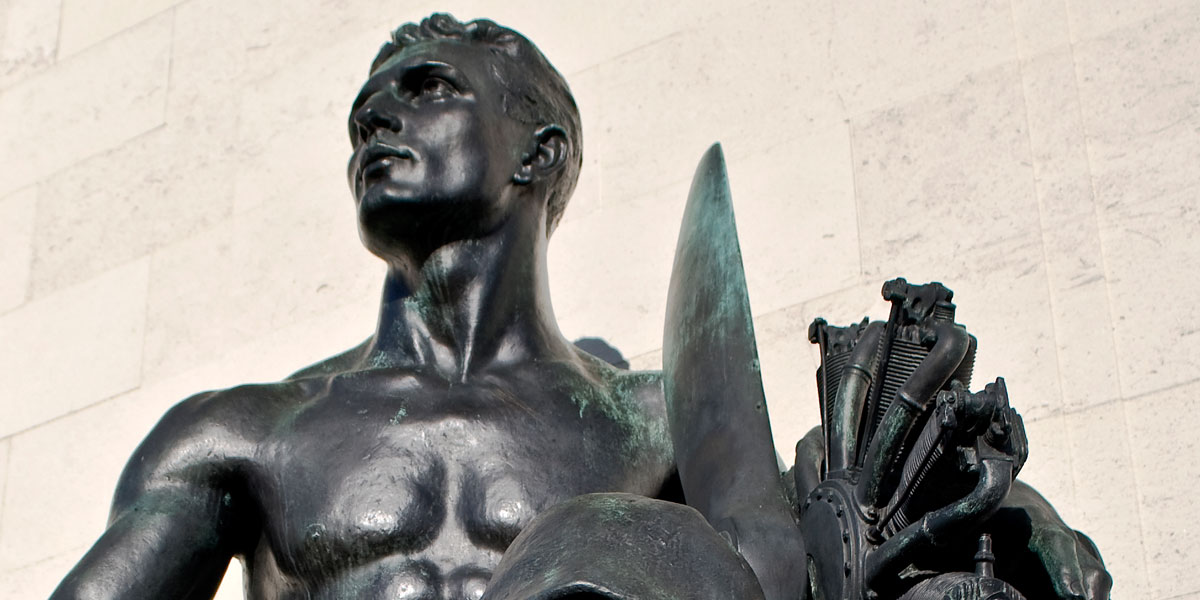 The Hall of Memory was built to commemorate the 12,320 Birmingham citizens who died and the 35,000 who were wounded in the First World War.

On the 12th June 1923, The Prince of Wales laid the foundation stone. He said that the building would stand to "symbolise to generations to come that Birmingham stood for, during a period of great national crisis - work of every kind unflinchingly given, compassion to the sick and wounded, courage and resource in adversity, and, above all, self-sacrifice in the face of death."

The Hall of Memory was opened by H.R.H. Prince Arthur of Connaught on 4th July 1925. Built of Portland Stone, and constructed almost entirely by Birmingham craftsmen, it cost £60,000 raised solely through public donations. 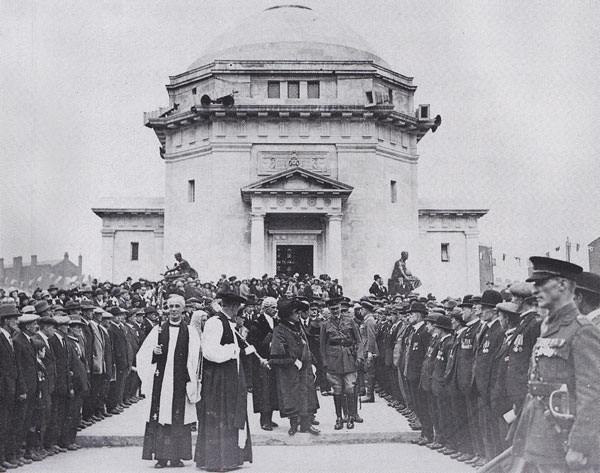 When it was opened, opposite the Hall of Memory, outside what is now the Rep Theatre, stood a colonnade of Portland Stone. When Centenary Square was built, the stones were moved to the Peace Gardens (formerly St Thomas' church) in Bath Row. The Hall of Memory and the colonnade was designed by S. N. Cooke and W. Norman Twist. It was built by John Barnsley and Sons, and John Bowen and Sons. 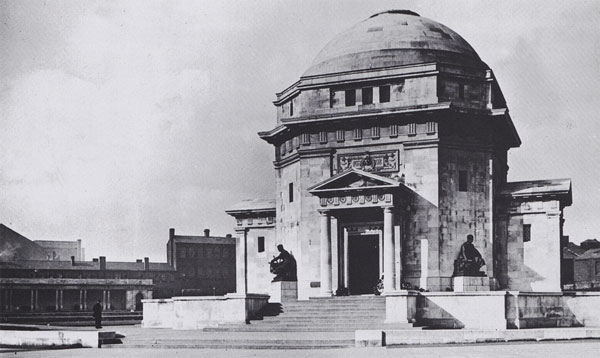 Visitors enter the Hall of Memory through huge cast bronze doors. Inside the Hall, a sarcophagus-shaped dais of Siena marble sits in the centre of the marble floor. On top of the shrine rests a glass and bronze casket containing two books: the First World War and Second World War Roll of Honour.

The cover of the First World War Roll of Honour bears the words:

"There was none that gave them an ill-word, for they feared God greatly… So they passed over, and all the trumpets sounded for them on the other side."

Across the hall is a third Roll of Honour containing the names of Birmingham citizens who have died in campaigns since the end of the Second World War.

Facing the main entrance is a stained-glass window designed by R. J. Stubington. On the walls are three carved Art Deco bas-relief plaques depicting scenes from the First World War. ’Call‘ shows men leaving home to join His Majesty‘s Forces; ’Front Line‘ represents a party of men in the Firing Line, at the foot of which is the inscription "At the going down of the sun and in the morning we will remember them"; ’Return‘ shows men, after battle, returning to their homes. The plaques were designed by local artist William Bloye and carry three inscriptions:

Thirty men from Birmingham have been awarded one of these medals.

Discover more about this rare award.